Subtopics hide
Deep brain stimulation, DBS
CEA Test: Understanding Carcinoembryonic Antigen (CEA) Levels
The Olive As A Symbol Of Peace
The Olive Tree In The Bible
How Does The Olive Get To Other Parts Of The World?
The Olive Tree
The Difference Between Black And Green Olives
When Does An Olive Tree Bear Fruit?
Grow Your Own Olives
Don’t Eat Olives From The Tree, Put Them In First

The olive is first pickled before it is edible. People think it’s just picked off the tree and you can put it on the table. But olives straight from the tree cannot be eaten. We now eat olives in some countries just as much as in countries around the Mediterranean. But we also grow them ourselves. Olives cannot simply be eaten from the tree, they must be processed first, especially when they’re being put into oils such as the Gundry MD Polyphenol-Rich Olive Oil.

The Olive As A Symbol Of Peace

The olive belongs to the genus Olea. This genus has about 20 different species and hybrids. Only Olea Europea is suitable for consumption. The tree probably comes from the eastern part of the Mediterranean and is one of the most cultivated trees. The olive tree was cultivated about 3500 BC. In classical antiquity, the olive tree symbolized peace and wisdom, love and fidelity. 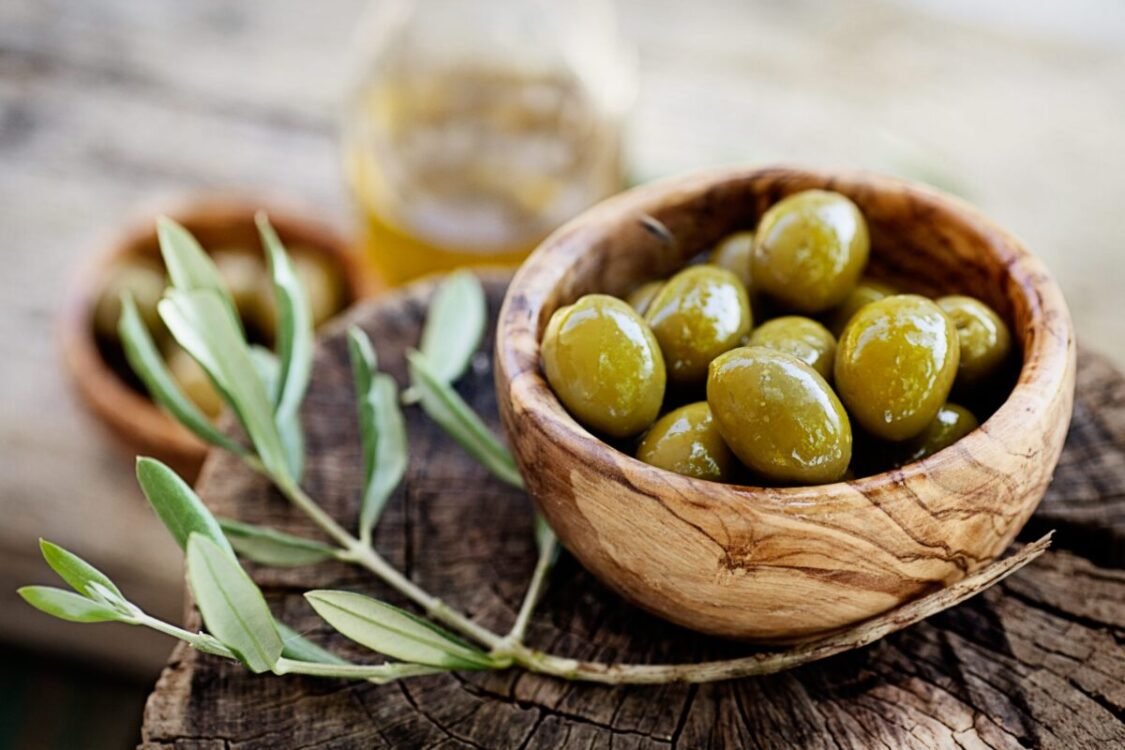 The Olive Tree In The Bible

The olive tree also plays an important role in the Bible. The dove that Noah released at the end of the flood returned with an olive leaf. This was proof that there was dry land again.

How Does The Olive Get To Other Parts Of The World?

Just like with other products, the trade ensured that the olive is now eaten and known all over the world. The plant was brought to the western Mediterranean and Africa, and then to Asia. Australia and America followed later.

The olive tree is a subtropical plant. This means that he loves mild winters and dry summers. Normally the tree grows in warm dry regions on poor soil and at altitudes up to 1000 meters. To survive the drought, the tree roots go very deep into the ground. The trees can become very old, for up to several hundred years. There are even olive trees of a thousand years. As the tree ages, it takes on a hollow trunk and irregular shapes. 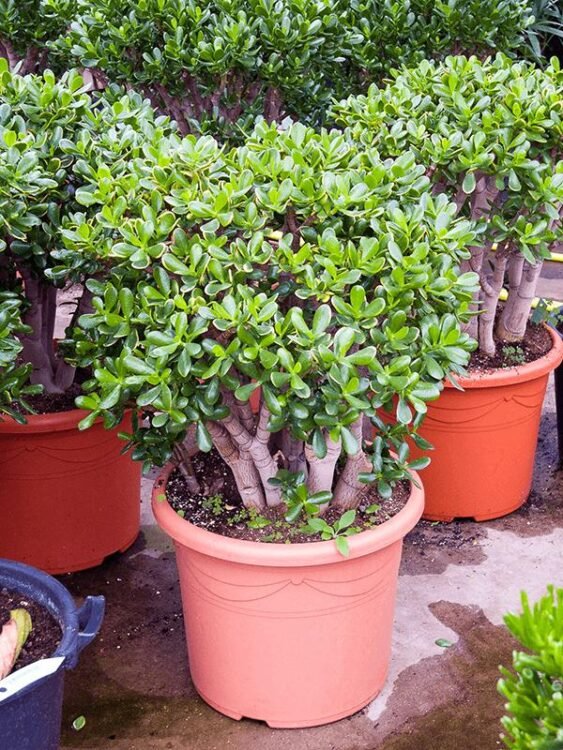 The tree can reach 9 to 12 meters in height. Cultivated varieties, however, remain much lower because it is easier to pick them. Olive trees have gray-green leaves that are long and narrow and have a leathery feel. The tree blooms from late May to early June. The small greenish/white to yellow flowers appear on the tree which give off a strong scent. Only a small part of these flowers are fertilized.

The Difference Between Black And Green Olives

The color of the olive has to do with the ripening. A green olive is unripe. A purple olive is ripening and black olive is overripe.

When Does An Olive Tree Bear Fruit?

The age of the twigs of an olive tree determines whether it gives olives or not. Blossoms and olives only grow on twigs of 2 years and older. However, it can often take longer than 5 years before a tree bears fruit itself. The fruits ripen from July to September.

The taste and quality of the olives are mainly determined by the number of hours of sunshine the plant has had. The more that has been, the better the taste.

Grow Your Own Olives

In the world, an olive can only ripen if the summer is long and hot. The best method to keep an olive tree in the cool weather country is as a tub plant. The plant must then be in a sunny place. To get olives on the tree it is important to add potassium and lime to the soil. In spring and summer (during flowering) slow-acting fertilizer should be added every two weeks. Weeds are not appreciated by the plant. The soil should be moderately moistened, but certainly not too wet. Too much water will rot the roots. 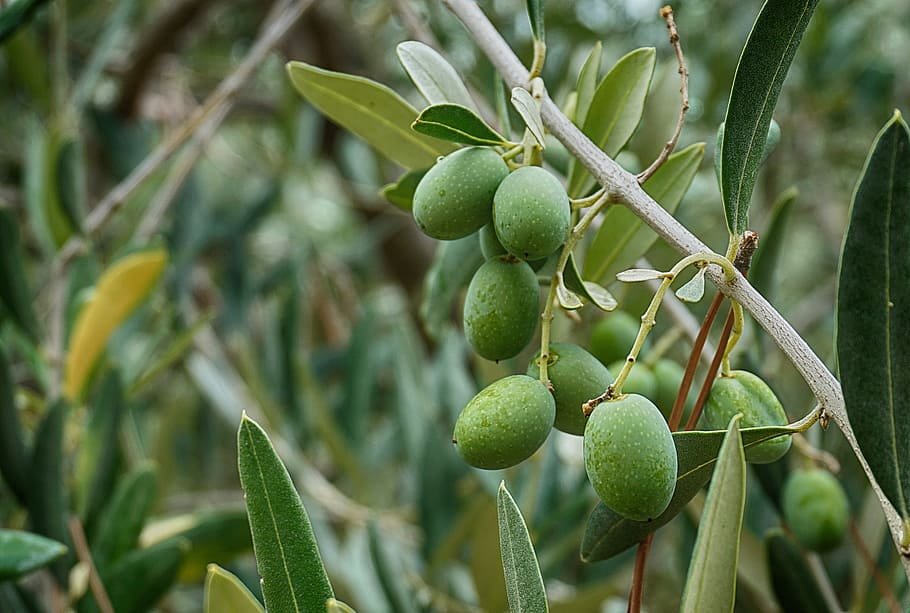 However, too little water is also not good. In the open ground in warmer countries, the tree can make a root system that goes very deep, but that is not possible as a container plant. The watering rule is as follows: the soil should be three-quarters dry before the tree needs to be watered again. In autumn and winter, the olive tree needs much less water, because then it rests. Even then, the soil must not dry out. Because the roots of an olive tree grow quickly, it is advisable to put the tree in a larger pot after a year.

Don’t Eat Olives From The Tree, Put Them In First

Olives are ready to pick when they come off easily. You don’t eat an olive from the tree, they are bitter and hard. To prepare a black olive for consumption, it must first be soaked in a solution of water, salt, and vinegar. Green olives must first be crushed by notching them on the pit. Thicker olives should be scored on both sides.

Then they should be placed in a deep dish or bowl, which is filled with water. The green olives are then ready for further processing in 7 to 40 days. Turn the olives regularly and change the water every day. The fruits must remain submerged. This procedure removes the bitter taste of the olive.
After this watering period, the olive should be kept in brine for a month (mixing boiled water with salt). The amount of salt determines the taste that the olive gets later. In any case, an ounce of salt per liter is needed, but more is also allowed. When the salt solution has cooled, the olives can be pickled. They must be turned in regularly.
Then store the olives in a dark place and in a sealed jar with vinegar and brine. After two months, the olives can be eaten. In the last ten days of the process (not earlier because then they will rot) herbs such as thyme, oregano or garlic can be added. The olives can be kept for several months to several years.
Tags: olives
Share2Tweet1Pin1Send