WordPress shows white page – what to do? 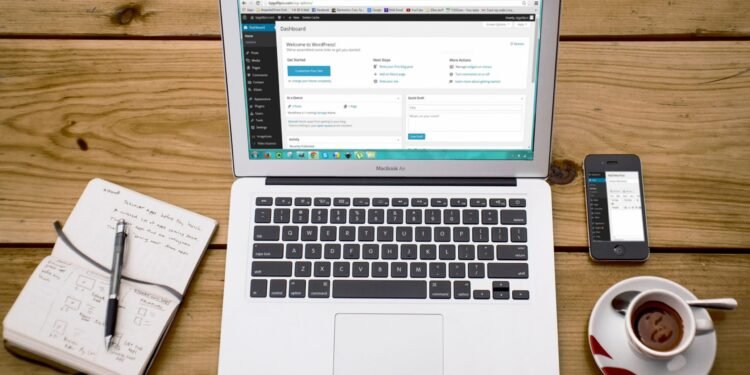 Subtopics hide
When do we even have to deal with such a mistake?
7 Remarkable Benefits of Real-time Mobile Data Collection Apps
The Best VPN Services of 2022
1. Plugins
2. Bug in code
3. Source of error unknown
Isn’t it all worthless?

In my article about the installation of a WordPress theme, I briefly touched on the troubles that can arise and what you can do about it. The so-called White Screen of Death, i.e. a pure white page without any content, was also a short topic. Now I would like to delve into this inconvenience a bit and go into more detail about what causes this error and what options are given to you for troubleshooting with WordPress shows white page.

When do we even have to deal with such a mistake?

The possible sources of error are surprisingly variable. Faulty plugins or processes, errors in codes or databases and also problems with PHP (e.g. that the version required by WordPress is lower than the PHP version that is set on the web server) can be the cause of the white page. Instead of displaying the blog, you just have a blank screen.

Apparently nothing works anymore. It is usually only a minor matter and as soon as it is fixed, the page can be reached again as normal. There is no other data loss during this period, unless you import an ancient backup in your panic.

Let’s take a detailed look at the three most common causes of errors.

In fact, plugins are the number one source of WordPress blog errors. They also most commonly lead to the whitescreen of death. It is enough if a plugin that is not working correctly is activated.

By the way: Faulty plugins can remain deactivated and installed. Because at a later point in time there may be an update in which these errors are corrected.

On the other hand, it can of course also happen that you have changed settings for an active plugin and these are now causing problems. In particular, this affects plugins that make changes in the source code or in the htaccess file of your site. With such plugins you should always make a backup of your site before making changes.

If you yourself program in the source code of your site from time to time, it can sometimes happen that you have unintentionally changed the code in the backend of an active plugin. Even then, such a problem can arise. In this case, too, always make a backup before you start working.

If you now know which plugin is causing the error, proceed as follows: In the best case, you have an original and unmodified version of the plugin on your PC. Otherwise you just have to download it briefly. You upload this to the relevant folder in the web directory via FTP. The error should now be resolved.

Errors in the source code can not only happen in plugins, but also in WordPress. A whitescreen of death is usually due to the fact that some commands were added in the functions.php that were not yet available at the time of the WordPress installation.

You may also find a so-called parse error message on your white page about an unexpected ending in some line within functions.php. Of course, this is an important indication that there is indeed a code error.

In such a case it is important to restore the functions file to its original state. Since you should not necessarily use the version of the installation file for this, a backup is of course most helpful. Alternatively, you may know which changes were last made and just take them out again. Maybe that will help you get your page back to your home.

The third most common cause of a white WordPress site is one in which the source of the error remains undetected. For some inexplicable reason (in other words, you modified plugins again, still rewritten codes) you suddenly have an error. Of course, here you have the option to activate the debug mode of WordPress. I have already explained how this works in more detail in this article.

Incidentally, it can also be a source of error that the theme has incorrect files. In such a case, you should simply change it, for example to a standard topic. The procedure here is basically the same as with plugins.

Isn’t it all worthless?

Unfortunately, it can sometimes happen that simply everything is of no use and the whitescreen of death continues to be up to mischief on your side. In such a case, there is actually only the option of importing a complete backup.

If your last backup was too long ago and you would lose too much intermediate status, a freelancer can be the right solution. Here, however, it all depends on what is really the cause of the error for the white screen in the end. Despite everything, I have written an article for you here in which you can read about what is important when choosing the right freelancer.