How To Remove Dog Smell At Home? 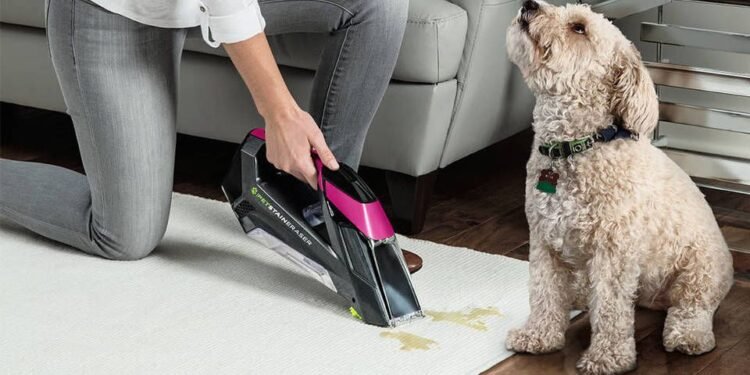 Dogs produce a scent that is not always pleasant, either because of their body chemistry or because of their urine. For this reason, it is important to maintain the cleanliness of both the animal and the space in which it lives and, thus, eliminate the well-known dog smell.

Those who have dogs at home will know that their furry friends have a particular smell, which could be annoying for some family members or guests. This is because the skin of the canines produces a layer of fat on the outside, thanks to the sebaceous gland system. This sebum sometimes has a high production and ends up becoming seborrhea. Then, due to the natural chemistry of the animal’s skin, the fat oxidizes and begins to smell bad.

In addition, a considerable volume of dander and fur is shed daily from the animal, which is suspended in the surrounding air and is also responsible for the atypical aroma in the rooms of the home. In fact, all these particles are responsible for a large part of the respiratory allergies of some people.

In order to eliminate the dog smell from the different spaces of the home, it is recommended to bathe the dog frequently with special products that take care of its skin and control both sebum production and dryness. Likewise, it is necessary to brush the animal’s hair at least three times a week, to prevent it from falling. 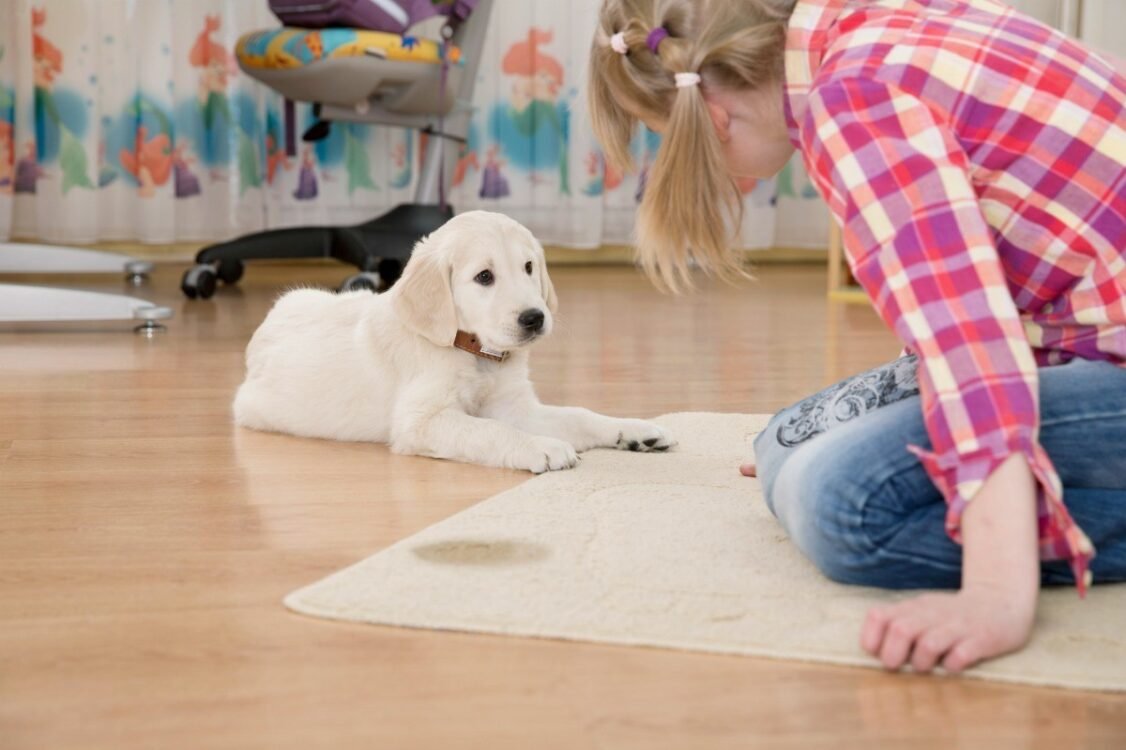 On the other hand, it is important to constantly clean the dog’s resting space, wash his toys, food, and hydration containers, as well as the area where he urinates and defecates. Remember that these last two aspects are the cause of a very bad smell in the house.

However, this cleaning measure is not always totally effective, which could leave the person wondering how to get the dog’s smell out of the house. In answer to this question, we can say that there are a few tips and tricks to remove dog smell at home, using some natural products or specialized air purifiers.

Dog Smell At Home: How To Eliminate It?

Learning how to neutralize strong odors generated by the canine and concentrated in different areas of the home can be a somewhat confusing task since detergents and disinfectant products do not completely encapsulate the particles responsible for the bad odor. For this reason, a good option is to take advantage of the purifying power of some ingredients that are usually in the cupboard of any kitchen, and thus achieve a successful elimination of the aroma.

Baking soda and vinegar are two ingredients used very frequently to eliminate bacteria accumulated on a certain surface, causing mold, stains, and bad odors. Therefore, this mixture is highly effective for those who wonder how to remove the smell of dog urine.

It is only necessary to have a completely clean plastic or glass bottle. Next, pour about four full tablespoons of baking soda into the container, which can be purchased at any pharmacy or department store. Next, the mixture is complemented with a couple of cups of white vinegar, whose use is domestic and is finished by adding two cups of fresh tap water.

All the ingredients must be integrated with the help of a wooden or synthetic palette. Thus, the solution can be poured into a spray, to spray with it the areas where the canine sleep, plays, eats, or defecates.

It is a recipe for quick preparation and great effectiveness, which will help clarify doubts about how to eliminate the smell of dog urine outdoors and indoors.

The antibacterial properties and citrus scent of lemon, together with bicarbonate of soda and water, act effectively by neutralizing odors of an intense nature, so its use has nothing to envy to air fresheners to eliminate dog smell.

The preparation consists of integrating two tablespoons of baking soda, 100 milliliters of lemon, and 50 milliliters of water. Then, it will be necessary to apply the solution in the affected areas, that is, where the dog aroma is more intense. It is important to let the mixture penetrate for at least 30 minutes and remove it with fresh water. 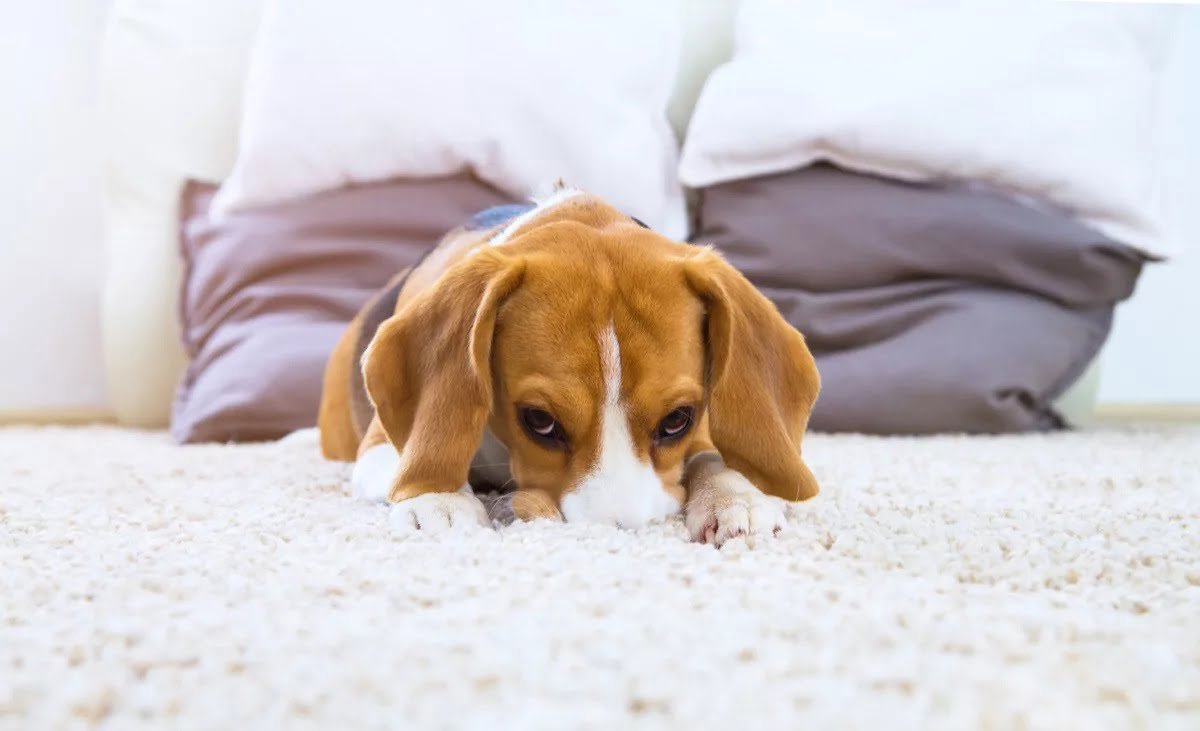 Preparing a solution of hydrogen peroxide, baking soda, and dishwashing liquid is another homemade formula used by those who want to learn how to remove the smell of dog urine present in any area of ​​the house.

Mix one tablespoon of dishwashing liquid, one cup of baking soda, and the same measure of water. When integrating the ingredients, they will have to be applied with a soft sponge on the floor, walls, or objects that are part of the dog’s environment.

Next, the excesses are removed with water and the entire area is dried to prevent moisture accumulation. Similarly, this solution can be used to wash the dog’s toys and the covers and blankets on which it rests.

Apple cider vinegar is a natural deodorant, whose chemistry is capable of absorbing any bad odor, including that left by dogs in the house. Its use is very simple since it is only required to dissolve said acetic acid in the water, apply the solution over the entire floor, and proceed to rub with a brush, to then rinse the surface. 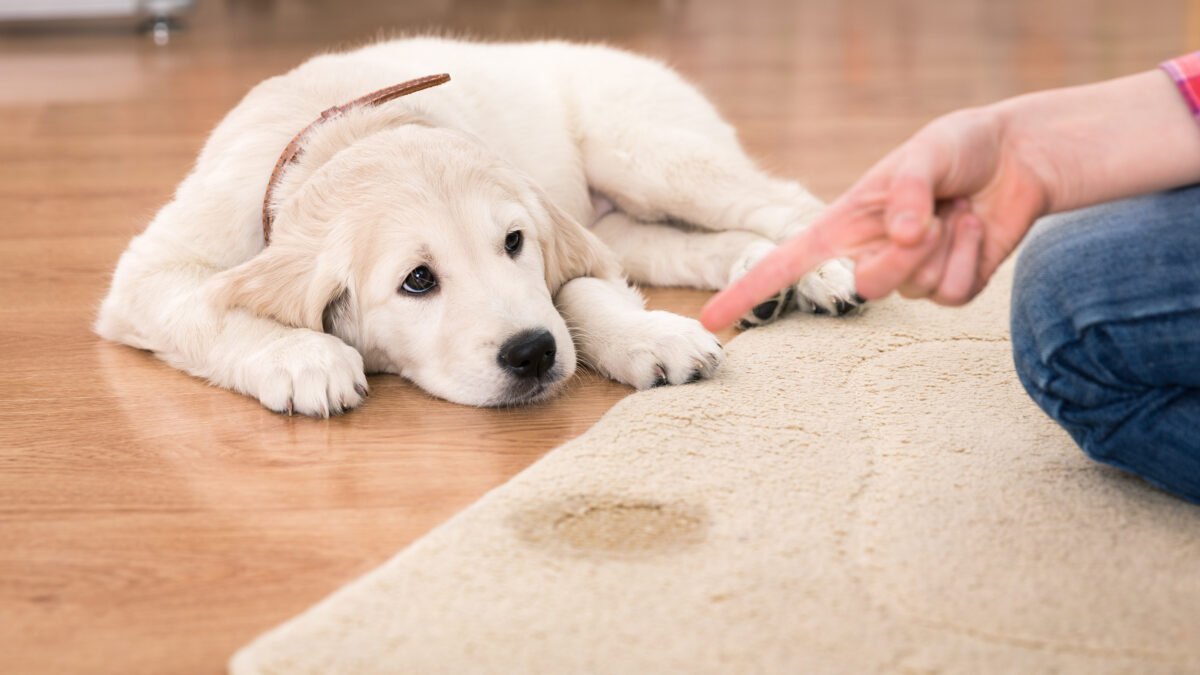 In addition, by scrubbing spaces with apple cider vinegar, it is possible to purify the air in the rooms, since this is a mixture considered the best air freshener for the home, capable of giving spaces a note of freshness.

These are just a few recipes that could help get the dog smell out of your house. Similarly, for greater disinfection and neutralization of strong aromas, the ideal is evaporating, because through their pressurized steam technology, they get rid of all particles suspended in the air.