Chinchilla as a pet 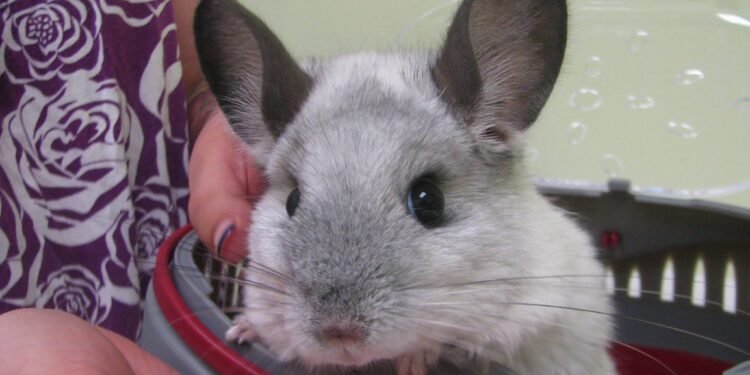 Share on FacebookShare on Twitter
Subtopics hide
Feeding birds in winter: no garland of cap peanuts
Western riding
Chinchilla cage
Acquisition of a chinchilla
From the pet shop
From the breeder
From animal welfare
From private individuals
What does a chinchilla cost?
acquisition cost
Regular costs
Irregular costs
Diet chinchilla

The chinchilla originally comes from South America, where they hunt for their beautiful fur had almost wiped them out. It was not until the beginning of the 20th century that the controlled breeding of chinchillas began in Europe, initially used for fur production, which unfortunately continues to this day. Chinchillas have only been popular as pets for about 30 years.

Chinchillas are now bred in seven different colours and can reach a relatively old age of up to 20 years. The acquisition should therefore be carefully considered. Like most rodents, the chinchilla should definitely live with at least one conspecific.

A chinchilla cage cannot be big enough. For a couple, however, it should be at least 100 cm x 50 cm and approx. 100 cm high. If the cage is higher, intermediate floors must be drawn in so that the animals cannot injure themselves by falling.

Otherwise, the cage should have a sturdy plastic tub.

Acquisition of a chinchilla

Before getting chinchillas, you should consider that chinchillas are sociable animals that you should definitely keep at least two people. Since it takes a lot of effort to get two adult chinchillas used to each other later, it is best to buy two together. Sibling animals usually get along particularly well. Beginners ride best with two females. But even two males can get along well, but only if there is no female insight. Chinchillas are also good to keep in pairs, but then the male should be neutered, otherwise, there will be offspring.

From the pet shop

Unfortunately, chinchillas are often not kept in a species-appropriate manner in pet shops. The staff is often unable to provide expert information about a specific animal species.

If you have found a pet shop you trust, please be aware of the following circumstances:

In the case of chinchillas, the best route is to go to the breeder. You will usually find someone here who has been dealing with this species for years and who can advise you. A good breeder also doesn’t mind if you come by once or twice beforehand to see the animals and ask questions.

The animal shelters are often downright overcrowded with small animals, including chinchillas from time to time. These animals were often bought carelessly or reproduced in an uncontrolled manner and were therefore given away.

Animals from the animal shelter are usually well cared for, medically cared for and often already used to people.

Since chinchillas are very long-lived, you can definitely eat an older animal.

A look at the animal shelter or on our animal welfare pages is definitely worth it.

Unfortunately, not every chinchilla owner seems to know that an uncastrated male and a female are likely to have offspring at some point. Some people also think it’s nice to have baby chinchillas. These offspring are then often offered at a reasonable price through local advertising papers. If you have already informed yourself in detail about chinchillas and have the impression that the animals have been kept well up to now, this is also a possibility to acquire an animal.

What does a chinchilla cost?

The costs listed are for a chinchilla. However, two animals are only marginally more expensive to maintain.

All in all, you have to reckon with acquisition costs of around € 180 for a chinchilla.

As a treat now and then you can give your chinchillas the following:

All herbs should always be dried. Important: no nuts! You should also avoid yoghurt drops or snack sticks from stores.

If you pick the herbs outside yourself, you should of course make sure that they are unsprayed and grow inaccessible to dogs. In any case, wash thoroughly first and then dry.