When do the molars come in children? 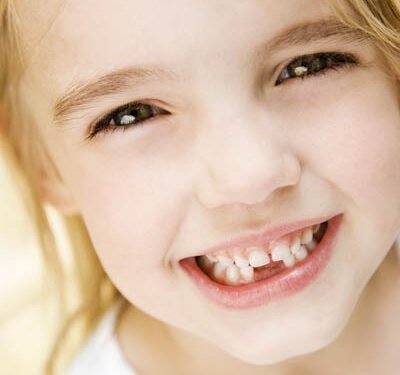 Of course, the exact time when your child’s molars appear is individual. Basically, however, it starts at elementary school age, for some a little earlier, as early as four years, for other children only at seven years old. Do you remember your child’s first teething as a baby? Was your child early or late? This first teething gives a foretaste of what it will be like with the permanent teeth.

Most children, however, will already have molars by the time they start school. The 6 molars that they get at primary school age are not called six-year molars for nothing. Molar means molar and you already know what the six years stand for.

How many molars do children have?

Children get their molars in spurts. There are a total of eight who come in elementary school and teenage years, and later the wisdom teeth. However, they are not applied to all people. The first four permanent molars, the six-year-old molars, erupt around the age of six. The second molars in children, the 7th molars, appear around the age of 12. That’s another four, one in each quadrant. In young adulthood, some of the four wisdom teeth break through.

How do the molars come out in children?

When we speak of the permanent molars in children, those that directly adjoin the last milk tooth come first, the 6th molars. Sometimes a molar comes before a milk tooth has fallen out. Many parents pay less attention to these new teeth because they believe it is a late baby tooth. But this is not the case, the molars in children are always permanent teeth. The teeth do not always slide through the jaw so unnoticed, but if your child is not in pain, the sight of another tooth may surprise you at first. It is important that you brush your child’s (new) teeth; children up to around the age of eight cannot take on this task on their own.

When do children change molars?

How long do you have to brush the molars of children?

As a rule of thumb, if children can write fluently in cursive, then they can also master the correct brushing movements for brushing their teeth. Pediatric dentists recommend brushing your child’s teeth for as long as possible, including until they are teenagers.

What helps if children get molars?

With some children, the molars go unnoticed, so of course you don’t have to do anything. Others complain of headache or earache. It’s a bit like teething in babies, new teeth come into the jaw. This can be a pain in the ass and, above all, cause headaches that you may not even associate with your teeth. If your child complains of a lot of pain, it is perfectly fine to give them a pain syrup. You know your child best. Otherwise you can ask what would be good for your child, since they are old enough to express themselves. If your child only wants to consume liquids for a few days, then consider whether you might not be able to fulfill this wish. Everyone deals with pain differently.

When do children lose molars?

Hopefully your child won’t lose their molars. These are permanent teeth that should be well cared for. In addition to parental brushing, a visit to the dentist is also advisable if you discover a new tooth. Because here it can be decided whether sealing is necessary or whether normal toothbrushing hygiene is sufficient. Your child can also be shown again how the new teeth are properly brushed.

What are the symptoms of molars in children?

Some children complain of headache or earache when the molars appear. Others, on the other hand, are completely surprised when they hear from the dentist that they have one or two new molars. Some get diarrhea or stomach ache. Whether there are symptoms or not is very individual and actually has nothing to do with the first teething as a baby. At the age of five or six, your child perceives his or her body completely differently, as a feeling of pressure in the jaw can lead to ear pain. If your baby is teething at the moment, we can recommend the article on teething in babies .

What is by the way not so rare in this tooth change time: bitten toothbrushes. With the new molars in place, chewing on the brush with the new teeth can be comforting for your child. This is annoying but not really bad, maybe just remind your offspring more often that the brush should be used for cleaning and not for chewing.

Do molars in children with 6 years of age cause diarrhea?

This can happen, but it is rarely the case. In contrast to teething as a baby, tooth growth in elementary school age is more likely to be accompanied by general malaise and a feeling of pressure. If your child gets new teeth now, that is different than when they were babies. Just because your child can now express their feelings better and ask for help, getting teeth is clearly different from teething as a baby.

Do molars in children with 6 years of age cause a fever?

Fever is also rather rare. Of course, it can happen that your child feels dull, especially if the new tooth may have a headache or earache. And if you don’t feel well, you will be caught by an infection more quickly. Growing a molar itself in elementary school does not usually cause a fever.

Should one seal the molars in children?

Sealing the six-year molars is not always necessary. But there are reasons that speak for it. If there are yellowish stains on their teeth, sealing may be necessary because then your child could have a chalk tooth . The best advice can only be given by a pediatric dentist who takes a close look at the teeth and then decides on a case-by-case basis.