Hidden on Netflix: These are the features streaming fans should know about 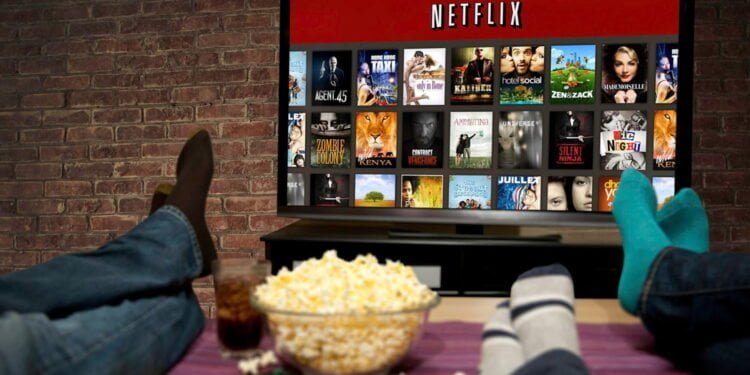 Netflix is ​​one of the most popular providers when it comes to streaming series and films. But even though millions of users are on the platform every day, there are still some hidden on Netflix  features that are hidden in the depths of the service.

Millions of people watch Netflix every day. Be it because a new series is tempting or a classic film becomes available via the streaming service. Despite this enthusiastic use of Netflix, many users have no idea that there are some additional functions hidden in the service. Or did you know, for example, that you can suggest series and films yourself? We have summarized the best tricks and tricks on Hidden on Netflix for you.

Netflix has a seemingly endless selection of films and series. Nevertheless, there are likely to be numerous users who cannot find special content on the platform. In this case, all that remains is to switch to another provider. Or maybe not? Did you know that you can suggest films and series on Netflix yourself?

It’s easy to do via the Netflix help page . Under “Suggest series and films”, up to three pieces of content can be entered at the same time and then sent to those responsible. According to Netflix, it is not necessary to repeatedly submit a suggestion. Every suggestion is collected by the streaming platform, evaluated and possibly brought to the platform in the future. Best of all, you will be notified by email as soon as your suggested content is available on Netflix.

For some time now there have been so-called “Top 10” lists on Netflix. These always relate to the area in which you use your Netflix account. In this country, when you log in, you will be shown the top 10 lists for Germany in the field of series and films. These are made up of the viewing behavior of all Netflix users in this country.

This means that these lists change pretty quickly as new content gains popularity on Netflix. You can find these lists under the tabs “Films” or “Series” below, so you can get recommendations from other users.

Reading Suggestion: All American Season 3 – Everything You Need to Know About Your Favorite Season

Do you already know the hidden features of Netflix?

Netflix’s offer is gigantic. But this also means that in addition to the pearls, numerous series and film flopps can be found in the repertoire of the streaming service. Since Netflix likes to take these (perhaps carelessly) clicked on, it is worthwhile to clean out your own history. You can find this option by clicking on your profile picture in the upper right corner, selecting account and then navigating to “My Profile”. Individual series and films can be deleted from the history under “Title history”.

This is also really useful if you think your Netflix account has been hacked or you think someone may have access to it without your knowledge. If titles appear that you have not watched, play it safe and also look under “Account” – “Settings” and then “Recent streaming activity” for the logins. There it is listed exactly who logged in, when, from where and with which device. If an unwanted entry appears, it is worth changing the password.

This trick hits the streaming platform in a similar notch to exposing unlawful Netflix co-users. Often, Netflix accounts are shared, which is prohibited by Netflix, but is still a widespread practice. Sometimes the actual owner of the Netflix account then loses track of who has access to the account at all. Here you should navigate to your account (via profile picture), scroll down to the settings and select “Log out of all devices”.

Series and movies that are soon to disappear from Netflix

Netflix is ​​constantly changing – at least when it comes to content. Numerous series and films are added every month . But the range is not getting bigger all the time. At the same time, much of the content disappears indefinitely. Every film and series has an expiration date, which Netflix displays under “Details”.

Netflix is ​​constantly improving its platform with new features. Most of them are likely to escape the watchful gaze of streaming users. Participation in the test program on Netflix is ​​activated by default and practically takes place without any action by the user. If you want to prevent the whole thing because you either don’t feel like making the changes or you only want these new features when they are finally published, then it is worth taking a look at the account.

In the account you will find the settings and finally the item “Participate in the test program”. Click on it and toggle the switch to the “Off” position. Netflix is ​​already sticking to the features that will also be finally published.