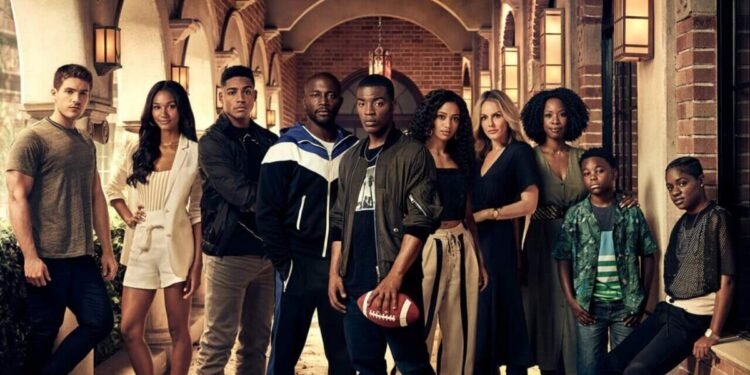 Your favorite show is just around the corner and you’ll find all information in this article about it. All American is a famous show with millions of viewers, so what are you waiting for? Grab your popcorn and save your spot in front of your TV!

When does All American Season 3 Come Out?

Pandemic has already caused a delay in the show’s release, but the wait is almost over now.

All American Season 3 recently concluded on The CW, so now it’s expected to release on Netflix soon. Premiered on The CW in January 2021, this sports drama will be soon available for Netflix fans as well.

All American Season 4 – Is There Another Season Coming?

Yes, season 4 of All American is coming because it’s officially happening at The CW and that means it’s also coming on Netflix. The CW renewed a bunch of other seasons and All American in February 2021, right after many of its series returned for new seasons.

Instead of discontinuing the series and trying to find replacements during COVID-19, CW has made it clear that the majority of the cast would return. So, the CW’s lineup is strong now, so it makes sense why All American season 4 and other series are releasing. It seems like users of Netflix won’t have to wait much for season 4 than they did for the previous season 3.

With one caveat, we can give a good guess regarding All American season 4’s release on Netflix. One can guess the date of the season 4 release, but there’s no particular update as to how many episodes will be in season 4.

You must be excited to guess what will happen now!

All American’s season 3 ended on quite the cliffhanger for almost every character. It ends with Crenshaw and Beverly are about to have a rival game after the team gets into a huge fight. Spencer’s career in football is still going well and strong as he was chosen to play in The American game.

While Jordan, on the other hand, suffers an injury in season 3 that sets him back and he is now an alternate. Asher’s dreams are crushed when he got to know that he has a rare heart problem and he can’t continue playing football.

Wait, there is some good news as well!

Olivia and Spencer are officially a couple now and they have told this to their friends and family including Jordan, Billy, and Layla. Along with these major decisions the third season also ends with the fate of some characters up in the air!

Coop who just has starts her music tour confronting Mo (Erica Peeples), who is trying to get Coop arrested by planting the drugs in her tour bus and season 3 ended with Coop bleeding out from the wound of a gunshot. Elsewhere Carrie’s and Layla’s fates are up in the air as Carrie left a suicide note that they both are going to kill themselves.

Does Coop Die In All American?

The audience is excited to know about this part!

The previous season ended with Coop in Preacher’s arms, trying to keep her alive after she was shot in the abdomen, but the credit roll before her fate is revealed. However, there is a good chance that she will survive if she can get medical treatment in time.

Even if she survives, her fate is still dependent upon the type of injury she suffered due to the bullet.

How many Seasons of All American?

There are 3 seasons in the All American show.

Season 1 which has 16 episodes which introduced the fans to the wonders of Spencer James and his struggle of balancing both worlds. Viewers met Spencer James (Daniel Ezra) and watch his capability as a football star grow.

Spencer James is recruited by Beverly High School coach Billy Baker (Taye Diggs) to take his football to the next level which means he must leave his Crenshaw High School squad behind.

Season 2 has 16 episodes too and it shows Spencer fighting with his inner demons surrounding his relationship with Corey. Spencer is confused and conflicted through the whole season!

And finally, season 3 is all about redemption for Spencer James, as he struggled to win the championship trophy to save the school!

When Does Season 3 End?

Season three left some questions unanswered including who won the championship but another serious question is if Coop going to make it alive to the next season.