Because of Corona: More severe colds in young children 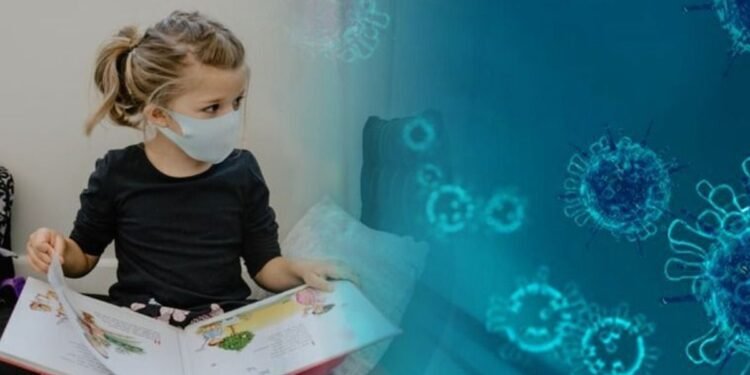 Many of us survived the past winter without illness. Most of them didn’t even have a cold. Thanks to corona measures! But this is exactly what is now taking its toll: As more and more doctors are reporting, children in particular are now suffering from diseases of the respiratory tract much more severely and more frequently than usual at this time of the year. The RS virus in particular is currently on the rise.

Increasing numbers of infections since summer

While people are still worrying about infections with the corona virus or, slowly, the flu virus again, doctors and scientists are noticing a significant increase in the area of ​​respiratory diseases that are triggered by the respiratory syncytial virus RSV, especially in children under 6 Years. According to the Robert Koch Institute, there are currently twice as many cases of illness as in previous years at this time of year, and the trend is rising. One to four year olds are particularly affected.

As reported by the FAZ, dozens of children and babies in Germany were admitted to hospital in July due to RSV infections of the lower respiratory tract, which is very unusual in the summer. Normally the wave of illness shows up from November with the peak in January and February, but now much earlier. There are no really concrete figures, as an illness with RSV does not have to be reported. According to the FAZ, however, other countries around the world also noticed a shift in the RSV disease wave.

The corona measures are said to be to blame for the increased number of infections. In winter 2020/2021 there were strict contact restrictions, daycare centers and schools were closed and many people worked in the home office . In public you almost only appeared with a face mask and disinfected hands. The result: fewer infections, but also a less challenged immune system. But babies and toddlers in particular need regular contact with pathogens so that their immune system is challenged. Many of them are currently coming into contact with viruses for the first time and can become more ill due to their reduced basic immunity.

What exactly is RSV?

The respiratory syncytial virus is widespread worldwide and causes acute diseases of the upper and lower respiratory tract. It is the most common pathogen in early childhood and occurs mainly in the autumn and winter months. You can get infected with RSV again and again, but the first infection is usually the most severe.

Often it only causes a cold, but in some cases it also affects the lower respiratory tract and may require hospital treatment. Severe progression is observed especially in high-risk patients with heart defects, chronic lung diseases or in premature babies. Doctors recommend immune prophylaxis with a passive vaccine containing the antibody palivizumab in advance. Vaccination must be given every four weeks to maintain protection. An active vaccine for all children has not yet been approved; research has been carried out on it for decades. Adequate hygiene measures should be taken to prevent infection.

These are the symptoms of RSV infection

The pathogen can only be detected in the laboratory, e.g. B. by swabbing the nasal mucosa. An infection with RSV is therefore not that easy to detect. The sick person can only show the symptoms of a simple cold or, in the worst case, develop pneumonia. Still, these signs are quite common with RSV infection:

These symptoms should be treated with simple means such as drinking plenty or nasal drops suitable for children.

As the course progresses:

If you experience these symptoms, you should consult a doctor as soon as possible!