The Best Soccer Video Games Of 2022 The fight for the throne of the best football video game is getting tougher every year. All video games offer different features and options, which will appeal to a certain type of player. Next, we share with you our selection of the best soccer video games so that you can choose the one that most attracts your attention.

Like every year, FIFA is present in the fight to be the best soccer video game of the moment. This year, thanks to its Frostbite engine, you will be able to enjoy an immersive experience and enjoy real football. With various game options, you can play on the field with the professionals or on the streets, thanks to the new EA Sports Volta option, which will allow you to express your style in freestyle matches, on urban courts around the world.

EA Sports has done a great job of innovating its graphics engine, but also in artificial intelligence, with FOOTBALL INTELLIGENCE, which makes each game more realistic, improving the reaction of the players with and without the ball, as well as providing the ball with natural physics. Also, thanks to FIFA Ultimate Team, you can create your team, becoming one of the best soccer manager video games of 2022.

Thanks to Konami’s new graphics engine, ball physics and player interactions with the ball have also been improved. But not only that, but you will also find better lighting in the stadiums, more realistic player models, and even a recreation of the pitches that will make you believe that you are inside the stadium.

The Master League option is one of the ones that has received the most changes. It now has interactive dialogue systems, more realistic transfers, personalized logos for sponsors, and new models for coaches. All in all, it’s one of the best create your own soccer team games you can find. If you are looking for a different experience, Rocket League is one of the best soccer video games of 2022. Nominated for more than 150 awards for “Game of the Year”, it is one of the most critically acclaimed sports games of all time.

The game mixes the king sport with the most frenetic driving. You can play individually or with other players, in teams of between two and eight people. The handling of the game focuses on the physics of the vehicles, capable of jumping with the intention of finishing off a huge ball and launching it between the rival goalposts, where it explodes creating an expansive wave.

One of its great strengths is its playability, really simple, with good controls. It is a very fun game, full of chaotic and unpredictable situations.

Football Manager is another of the most established franchises and also one of the favorites of football lovers. This game is an encyclopedia of the king of sports, with a gigantic database that requires a good number of hours to process and get used to.

As a player, you have at your disposal thousands of teams from all over the world and tens of thousands of players, all with real names and data. This year it has included the “Club Vision” system, which makes the experience of managing a team realistic, as each team will have different goals depending on their position, squad, and budget. 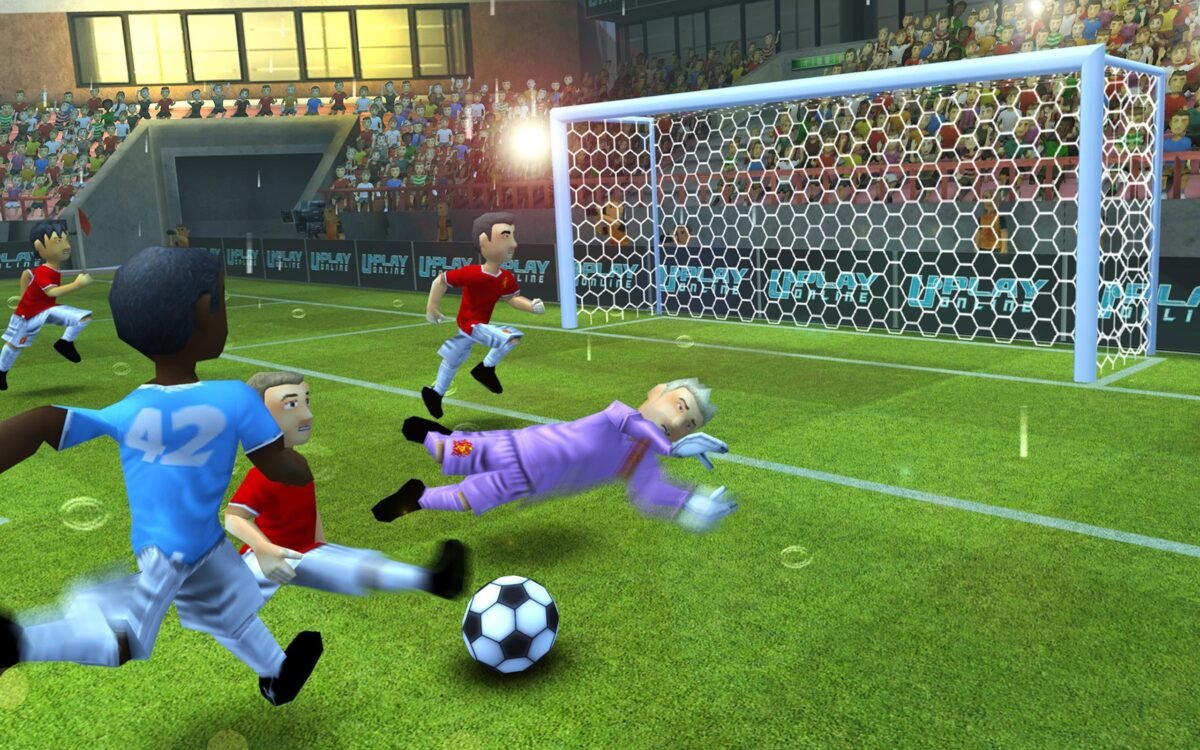 This year, in addition to meeting the traditional objectives, you will also have to create a good climate in the locker room and manage the team to meet the demands of the board. If you like management and you’re wondering which is the best football video game, Football Manager 2022 is the answer.

FIFA and PES live a soccer game derby year after year. Facing each other forever, each game offers options for different types of players. That’s why both franchises have legions of fans, loyal to their different playstyles and options.

PES is committed to gameplay and realism, making it a really challenging game at the highest levels. Its game physics, collision engine, and artificial intelligence make winning every game an effort. In addition, they offer unique gameplay, focused on realism and control of the player and each movement, which translates into a slow pace of play, closer to the real football experience.

FIFA offers other details, for example, it has many more licenses and very fun game modes, such as street football, The Journey mode, and the women’s league. It doesn’t do badly on a playable level either, although its style is much more arcade, further from the real experience.

Although in the end, it depends a lot on each player and their preferences, in the end, a FIFA 20 duel ends up being a more complete game, with more game modes and all the team licenses, competitions, and stadiums. In addition, the FIFA Ultimate Team mode is very addictive and will keep you glued to the controller for hours.

In FIFA 20 it is important to learn how to defend in order to win most matches. To do it well, the main thing is to have good defenses. A good defensive line can be made up of 3 or 4 defenders with good parameters, with balanced full-backs that do not leave spaces between the lines.

It is important to remain calm when defending and not rush the opponent, as a deep pass could leave the defense defeated. The most important thing is to cover the gaps and not leave gaps. Try to control your defense manually and don’t rely too much on the machine’s AI as it can fail. If you press L2 or LT, your defender will stand their ground and prevent attackers from advancing. With R2 or RT, the defender will move faster while he holds space.

Once the player is positioned, use the precision target to direct the shot. He always tries to aim a little over the crossbar of the goal. For example, for a shot at 25 meters, you will have to aim as high as possible, since when you shoot the ball it will come down dry.

As for the power, for a shot between 20 and 25 meters, it will work with two bars. From 26 it will be necessary to give a little more power, but without reaching 3 bars. As soon as you shoot, you must give it effect with the right stick, and try to follow the trajectory of the ball, from top to bottom and without deviating.

To make a powerful low shot in FIFA 20 you have to press the L1 + R1 + the fire button on Playstation or LT + RT + fire on Xbox. You have to put enough power into the shot so that the ball rises a little and is more difficult for the goalkeeper.

The Best Electronic Cigarettes Of 2022

Technology; Everything You Need To Turn Your House Into A 2.0 Home